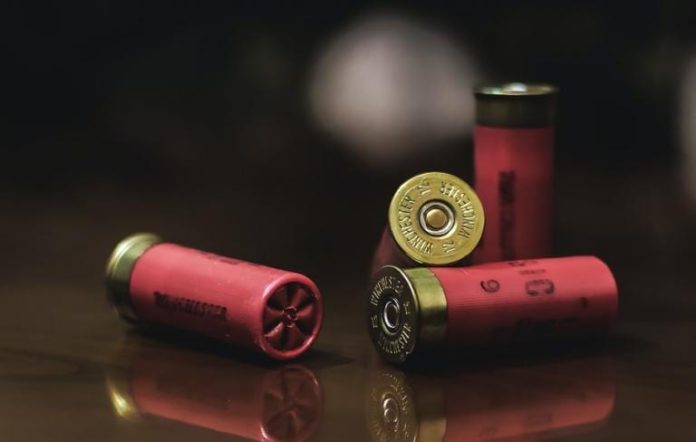 A new study titled Evangelicals, the US Constitution, and the Bible reveals a stunning 89% of evangelicals believe the Second Commandment protects the rights of gun owners.

Most Protestant sects officially consider Exodus 20:4 to be the Second Commandment:

Professor Andrew Canard authored the research and teaches Advanced Theology at the Theological Institute of Technology (TIT). “Ancient Jews knew many of their neighbors worshipped idols,” he said. “A way to differentiate themselves was to make sure the followers of God shouldn’t make any images whatsoever. The Second Commandment is clear.”

Evangelicals, the US Constitution, and the Bible shows it doesn’t matter how straightforward instructions are if people don’t read them in the first place.

Researchers questioned 3,921 self-identifying evangelicals. While 92% said they engaged in regular Bible study, they also showed ignorance of the good book.

The Second Amendment of the US Constitution states:

A well regulated Militia, being necessary to the security of a free State, the right of the people to keep and bear Arms, shall not be infringed.

How did followers of Christ confuse the Second Commandment with the Second Amendment?

Professor Canard offers some insight. “Martin Luther said ‘Whatever your heart clings to and confides in, that is really your God.’ These people obviously think a lot more about guns than Jesus, so they confuse the Bible with their bizarre interpretation of the US Constitution.”

Canard also mentioned in passing the irony of evangelicals making an idol out of gun ownership.

Those Christians who do cling to the belief Jesus would be a card-carrying member of the NRA, consider repealing the Second Amendment to be tantamount to killing Christianity. They consider Professor Allan Lichtman who wrote Repeal the Second Amendment: The Case for a Safer America the antichrist.

“Is you saw what my reverend said last Sunday, your eyes would be opened about this Lichtman fellow,” one savvy online reviewer of the book wrote. “I didn’t even have to read the book.”

Evangelical leaders do not plan to clear up the confusion with their flock anytime soon. Sources state these men and women of God are working overtime to remind the sheep ten percent of government stimulus checks belong to NRA-Jesus.

Psalm 24.8
Who is this King of glory? The Lord strong and mighty, the Lord mighty in battle..
King James Version 1611, American Edition