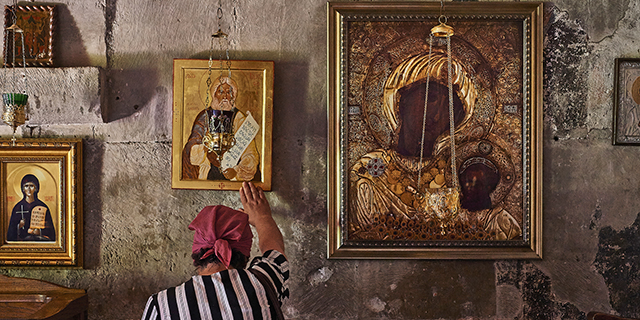 A leading persecution watchdog has said that Christians are facing heightened levels of mistreatment due to the proliferation of conspiracy theories that blame them for the spread of coronavirus.

Open Doors UK has highlighted a number of incidents where believers are unfairly catching the brunt for the soaring rate of covid-19 infections.

In the war-torn nation of Somalia, native Islamic terror group al-Shabaab has been conveying a false message to the Muslim community that the coronavirus is being spread “by the crusader forces (Christians) who have invaded the country and the disbelieving countries that support them.”

“Messaging like this is very terrifying for [Somali believers]… who are forced to practise their faith in absolute secrecy,” said Jo Newhouse, spokesperson for Open Doors. “They are constantly spied on to look for signs of apostasy from Islam. Punishment is often death. These lies can only add complexity to already difficult circumstances. One encouraging positive is Muslim clerics have taken some action to counter these lies.”

Similary, in Uganda, the radicalized Islamic community has been blaming Chinese Christians for the outbreak of coronavirus, arguing that Allah is punishing them for burning copies of the Koran. Open Doors noted that many hardline Muslims were “threatening to put to death any person who is first identified to be positive with the coronavirus.”

Open Doors noted that a Russian state TV outlet had been falsely reporting that an evangelical church in St Petersburg was behind a large outbreak of coronavirus after refusing to adhere to lockdown orders. According to the charity, this misleading report led to an attempted arson attack on another evangelical church.

“It’s distressing to hear of the blaming of Christians for the Covid-19 pandemic in places where the Body of Christ is already under immense pressure,” Newhouse added.

“We call on the government to do all in its power to counter the spreading of misinformation and to make sure that all minorities are adequately protected against violence, especially in remote areas.”

Ron Boyd MacMillan, Head of Strategic Research for Open Doors, added that the scapegoating of Christians in times of crisis was an age-old diversion tactic.

“Ever since a plague that ravaged the Roman empire in 180AD, Christians have been unfairly blamed for natural disasters like these with a rise in persecution,” he explained.

“Sometimes the scapegoating is a political ploy – to distract from government mishandling of the crisis; sometimes a cynical ploy by existing persecutors to deal a death blow to a community they hate. Covid-19 is enough of a crisis without seeking to weaken society further in this way.”

Psalm 109.6
Set thou a wicked man over him: and let Satan stand at his right hand..
King James Version 1611, American Edition