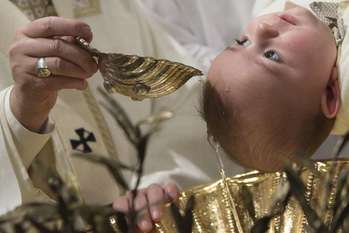 A segment of Americans say their faith has grown stronger since the coronavirus epidemic began, including 27% of Catholics, though the rise seems most pronounced among those who were already more religious than most, a survey from the Pew Research Center reports.

“The most religious Americans – those who frequently pray and attend services (at least in typical times), and who rate religion as very important to them – are far more likely than others to say their faith has grown stronger as a result of the coronavirus outbreak,” said Pew Research Center research associate Claire Gecewicz in a April 30 post at the center’s blog Fact Tank.

Gecewicz added “the self-reported strengthening of religious faith has been most pronounced within a segment of the public that was already quite religious to begin with.”

The findings come from a survey released April 30.

Self-reported strengthening of religious faith was strongest among African-Americans, 41% of whom said their faith had strengthened. As for Hispanic adults, 30% reported stronger faith, while only 20% of whites did.

Those aged 50 and over were more likely to claim a strengthen faith than younger respondents. Only 17% of those aged 18-29 reported a stronger faith, as did only 22% of those aged 30-49.

Among those who self-identify as “nothing in particular,” 11% said their religious faith had strengthened. Among the religiously unaffiliated as a whole, 65% said the question about a stronger faith was not applicable and nothing had changed. About 26% of Americans gave this response.

Efforts to contain the coronavirus epidemic included government bans or restrictions on economic, social and religious life. Catholic churches stopped offering public Mass across the country, and only now are some dioceses beginning to lift restrictions.

The Pew survey also asked whether places of worship were still open for in-person services.

Responses from 79% of Catholics said their church services had moved online, compared to 92% of evangelical Protestants, 86% of mainline Protestants, and 73% of historically black Protestants.

Pew surveyed 10,139 U.S. adults April 20-26. Results for the overall sample have a margin of error of plus or minus 1.5 percentage points.

A previous Pew survey, made public at the end of March, found fewer people were attending religious services in person, in line with stay-at-home orders active in many palaces.

Among those who normally attend services at least once or twice per month, 59% said they had scaled back their attendance. Among the same group, a similar percentage, 57%, reported watching religious services online or on TV during the pandemic instead of attending services.

In responses from Catholics who attended Mass at least once or twice a month, 55% said they have attended less often during the coronavirus epidemic, and 46% said they were watching Mass online or on TV instead of attending.

The same survey found 55% of Americans have said they prayed for an end to the pandemic, including about 68% of Catholics.

Authentic religion does not call for churches reopening in a pandemic