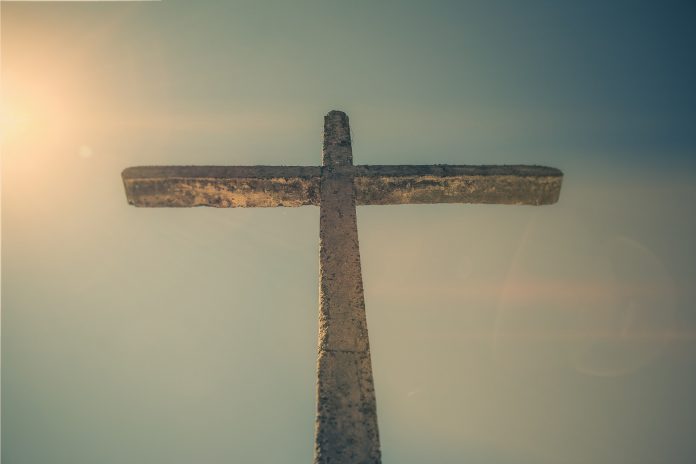 Fundamentalists over here saying this pandemic is all hype and missing that there’s never been a better moment than right now to peddle some hardcore pre trib rapture theology.

“Fundamentalists over here saying this pandemic is all hype and missing that there’s never been a better moment than right now to peddle some hard-core pre trib rapture theology” is the most real thing I’ve read all week.

I grew up in an evangelical home and church community in the 1990s. I’ve often felt, today, that Trump’s election upset the eschatology I was taught as a child. The whole central idea of evangelical eschatology in the 1990s was that the world was going to get worse and worse until the rapture and the tribulation, no exceptions.

In fact, this teaching was so pervasive that I once asked my dad why we were involved in right-wing political causes—if the world was just going to get worse and worse, what was the point of trying to peddle against the current? Why try to bail out a boat we already knew was going to sink? I found that somewhat confusing. My dad’s response was that God calls us to try. Note what an impression these “it’s just going to get worse until the end” teachings had on me—they were laid on so heavily I was genuinely confused as to why we were even trying to make things better.

And then evangelicals voted en masse for Donald Trump, with Mike Pence as his vice president, and evangelicals control the levers of power. Whatever happened to things getting worse and worse until the rapture comes?

You know something? I don’t have stats to back this up, but I bet evangelicals talk less about the rapture and the end times today than they did when I was a kid. Times have changed, and it suddenly seems less relevant!

Here’s a passage I remember hearing a lot, which is probably still quite familiar to most evangelicals, from Matthew:

You will hear of wars and rumors of wars, but see to it that you are not alarmed. Such things must happen, but the end is still to come. Nation will rise against nation, and kingdom against kingdom. There will be famines and earthquakes in various places. All these are the beginning of birth pains.

True, this passage does not specifically associate plague or disease with the end times. But if you’re spinning a story of hard-core pre trib rapture theory—as one does—what’s happening now seems perfect fodder. This pandemic has thrown our world into tremendous insecurity. It’s not hard to go from supply chain disruptions to famine, or from closing borders to war. I’m not saying that I want these things or necessarily think they’ll happen, but from a telling stories about the end times perspective, it’s easy to see ways this could all be made to fit together.

Listen, as a responsible reader of scripture obvi that’s a no go for me, but from a BRANDING standpoint I mean come on.

Ah, A Thief in the Night. I watched that at a sleepover when I was 12. Fun times!

And it’s not just that those evangelicals usually interested in the end times aren’t integrating this pandemic into their predictions and stories. It’s also that they’re denying that this pandemic is a real thing. This tells me that, in forming their understanding of this pandemic, these normally rapture-happy evangelicals are more motivated by their politics—i.e. by Donald Trump’s insistence that Democrats are unfairly using this pandemic to take him down—than they are by their deeply held religious beliefs about the rapture.

I’ve long felt that conservative politics co-oped a large swath of evangelicals some decades ago, such that their politics shape their religion rather than the other way around. This is yet more evidence that this is the case.

Psalm 74.3
Lift up thy feet unto the perpetual desolations; even all that the enemy hath done wickedly in the sanctuary..
King James Version 1611, American Edition