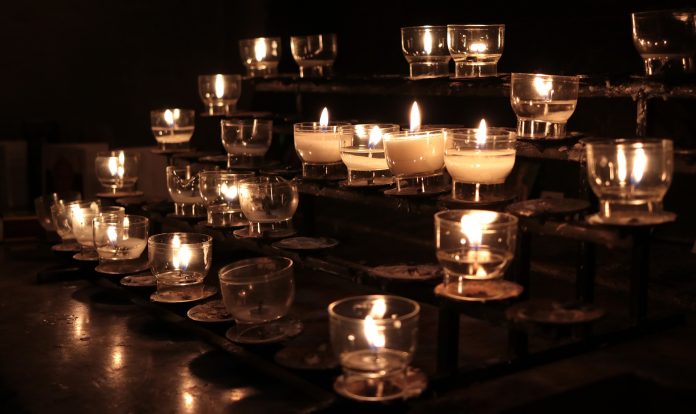 It’s become almost a foregone conclusion that young adults are leaving organized religion in high numbers. Newly published findings from the National Study of Youth and Religion (NSYR) don’t challenge that conclusion — not exactly. But they do offer a fuller picture of what’s happening, including some possible good news for mainline Protestants.

The NSYR tracked more than 3,000 young people from 2002, when they were ages 13 to 17, through their young adult years a decade later. In the fourth and final book about this research, “Back-Pocket God: Religion and Spirituality in the Lives of Emerging Adults” looks at the most recent data as well as interviews from when the research subjects were in their 20s.

Religion News Service spoke with co-authors Melinda Lundquist Denton and Richard Flory about their findings and what is happening with religion in America. This interview has been edited for length and clarity.

You write that the biggest “winner” is the growth of the nonreligious. Only 11% of these kids were not religious when they were teenagers, compared to 35% as emerging adults. Were you surprised?

Flory: I think that the volume of the change was more than I would have expected. What’s particularly surprising is that overall, more than half, 51%, never show up at any kind of religious service at all. I thought that more would have hung on in various ways.

You also saw growth in an “indeterminate” category — emerging adults who don’t label themselves at all. You say in the book they may actually be on their way to joining the “not religious” category. Why?

Denton: The indeterminate category captures some residual “I’m just Christian” people who are not quite ready to get rid of the Christian label. How long they will hang on to that generic label is the question. If you hold religion up against Sunday brunch or game night with friends, religion was near the bottom for them. They prioritized family, friends, and having meaningful work all above religion or having a relationship with God.

Flory: When we ran those tables, I was surprised by how far down their list that religion was ranked.

On the other hand, you say the smaller group who say they are very committed to religion are actually getting more committed.

Denton: There’s definitely a strengthening of commitment at the top end. When you look at that group that is now highly religious, there are two possibilities. One is that they are more committed to their religion, and the other is that those who were only marginally committed have dropped out of that group, so it makes the remaining group look even stronger. The ones who were only hanging on to please Grandma, or who didn’t see religion as part of the adult package that would become a permanent part of their lives, are no longer in the group.

Flory: The people who have remained and look more committed to religion are more likely to be married and have kids. All of that goes together.

One really surprising finding is that mainline Protestant identity is holding more or less steady in this age group. Some young adults are actually switching in. How do you interpret this?

Flory: What might be stability could actually be sideways movement from evangelicals to the mainline. The question for us becomes, Are young conservative Protestants moving in multiple ways? It’s not very many conservative Protestants, maybe 5%, who are moving to mainline churches. Rachel Held Evans would talk about Millennials moving en masse from evangelicalism to the mainline, but it’s actually a small group who became, say, evangelical Episcopalians, or evangelical Orthodox, or something similar.

Denton: Are the mainliners getting propped up by evangelical defectors? When you look at the numbers, that is part of the story. But the other thing we think about is this triumph of liberal Protestantism argument. Mainliners continue to be the default American norm. With evangelicals, there’s some real tension among young adults who don’t see their institution lining up with the world they live in. With mainliners, there’s not as much tension between their religious life and the rest of their life. The overriding thing we heard from people was “Yeah, religion is fine.” Mainliners don’t leave because religion is not causing a problem, but they’re also not very engaged.

What’s going to happen with young adults and religion after this COVID-19 pandemic?

Flory: Those are some of the conversations I’m currently having with pastors. If you’re not tied into an institution in a really significant way, you might drop out. Early on, people were like, “Oh my gosh! Church attendance is up on Zoom!” But that doesn’t mean they’re committed. You can drop in and out at will, and get one thing from this church and something else from another. It breeds less commitment to an institution.

Denton: There’s an extent to which church is becoming more tech-savvy and could potentially reach this young adult population in ways they couldn’t before. They’re more willing to try out your church if they can do it from their bed on a Sunday morning. But long-term commitment is in question.

The other thing that will be interesting to see is that going in to this crisis, young people had very little confidence in our politicians. They already see politics and religion as too closely enmeshed. I think they will be watching to see the roles that these institutions take in politicizing the crisis. The extent to which religious groups politicize this, it will be a detractor. The extent to which they pull together could be attractive to people.

Flory:  I don’t think that for emerging adults the automatic response to COVID is, “let me go back to church.” Church would be third, fourth, or fifth down their list as the place to seek out the kind of help and support they need.

Denton: Right, I don’t think they would see the church as a place of refuge. If they don’t already have those bridges or those ties, it seems unlikely that they will just out of the blue decide to become religious. If anyone is going to go back to religion, it’s going to be people who are already connected.

Racism among white Christians is higher than among the nonreligious. That’s no coincidence.

How Does Religion Affect Happiness Around the World?

Psalm 118.21
I will praise thee: for thou hast heard me, and art become my salvation..
King James Version 1611, American Edition