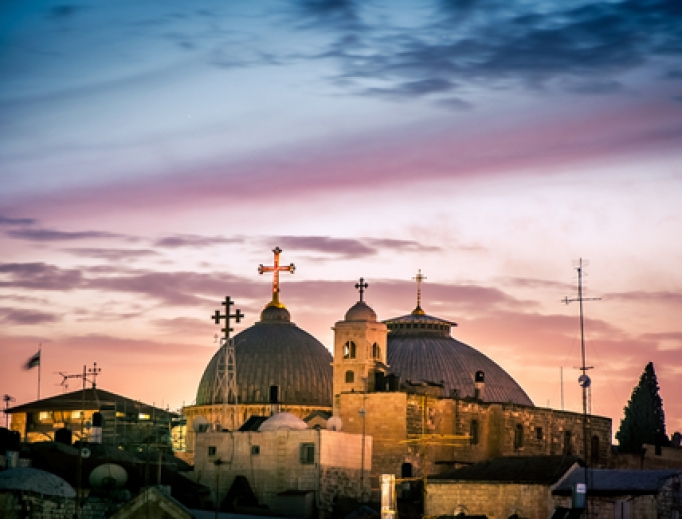 The Church of the Holy Sepulchre in Jerusalem is reopening this weekend, after being closed in late March due to the coronavirus pandemic.

A statement from the Custodians of the Holy Sepulchre announced that the site would be open to pilgrims beginning May 24.

“For safety reasons and in order to avoid the risk of a new spread of the COVID-19 infection, at the beginning the number will be limited (to 50 persons) and the Basilica will be accessible only to those who have no fever or symptoms of infection and are wearing suitable face coverings,” they said.

“It will also be necessary to keep a minimal distance of 2 meters between each person and to avoid any act of devotion that might include physical contact such as touching and kissing the stones, icons, vestments and the personnel in the Basilica; as well as abide always by the given instructions.”

The church building, which houses the tomb of Christ and the site of the crucifixion, was first closed to pilgrims and other visitors on Wednesday, March 25. Initially, the closure was only expected to last for one week, but religious and Israeli government officials agreed that due to the ongoing COVID-19 pandemic, the global pilgrimage destination should remain closed.

The Church of the Holy Sepulchre is unique among religious sites as it is partially controlled by several different Christian Churches. The Roman Catholic Church, Greek Orthodox Church, and Armenian Apostolic Church each share control of the building, and other Orthodox Churches also celebrate divine liturgy at the site.

The last time the Church of the Holy Sepulchre was closed for an extended period due to disease was 1349, during an outbreak of the Black Death in Jerusalem.

The church, which was first consecrated in the year 335, has been closed for short periods of time in the subsequent millennia due to war or other disputes. In 2018, to protest a proposed tax increase on churches, the site was closed to the public for about three days before reopening.

Globally, there have been more than 5 million confirmed cases of the novel coronavirus, with more than 340,000 recorded deaths, according to the Johns Hopkins Coronavirus Resource Center.

Pandemic inspires artist to create icon of Christ as healer

Psalm 74.2
Remember thy congregation, which thou hast purchased of old; the rod of thine inheritance, which thou hast redeemed; this mount Zion, wherein thou hast dwelt..
King James Version 1611, American Edition