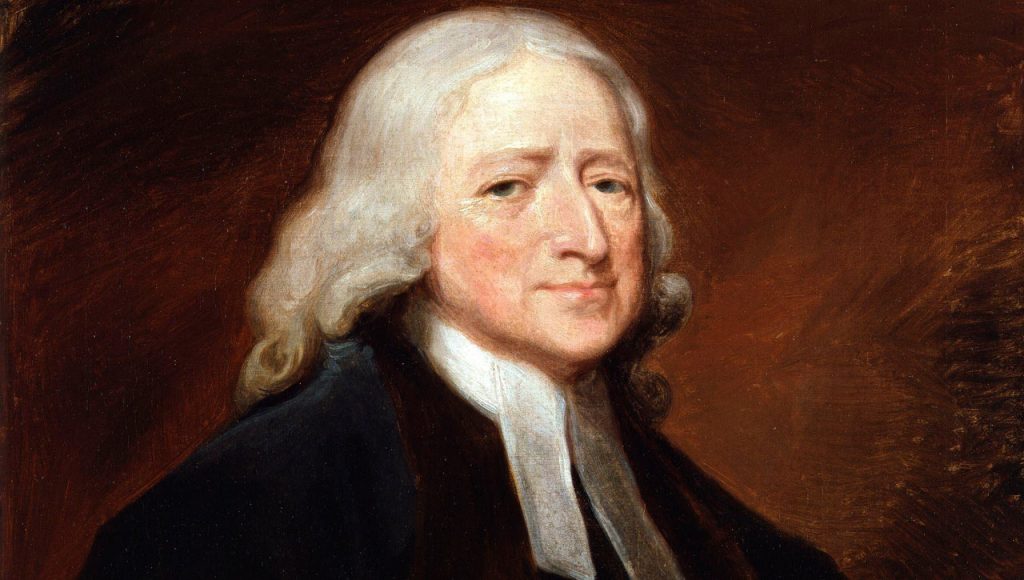 In the era of Black Lives Matter, evangelicals — like many others — are trying to reconcile a belief in social order with the realization that order is not worth preserving in important aspects.

It is not a new challenge. The period in the mid-18th century when evangelicalism began to take shape was also the height of the international slave trade. Evangelicals were quickly presented with the reality that many people of African extraction were responding to the message of personal, emotive, intense spirituality with great enthusiasm. How they should be regarded became a practical issue.

At that time, slavery was deeply rooted in the British economy and in the practice of British colonies. The royal family was invested in slave trading companies. Even the Church of England owned a sugar plantation in the West Indies that depended on slave labor.

This was systemic oppression of a comprehensive variety — a brutal, global system of stolen labor. And it is instructive how one of the founders of modern evangelicalism, John Wesley, responded.

By instinct and conviction, Wesley was a Tory — the God-and-country, law-and-order party of his day. He was a firm believer in benevolent monarchy and would entertain no nonsense about power originating in the people. After some initial sympathy with the complaints of the American colonists, Wesley became a vigorous, public opponent of the revolution.

According to modern political categories, Wesley would be an unlikely recruit to social justice agitation. But the founder of Methodism became one of the first major public figures in Britain to call for the abolition of slavery for a particular reason: The evangelical conception of salvation dictated a high view of human worth. In Wesley’s view, human beings were created in God’s image, fell into sin and rebellion, but remain universally capable of accepting God’s offer of saving grace.

And no human being capable of making such a choice should be treated as less than human.

Wesley’s 1774 pamphlet, “Thoughts on Slavery” remains a remarkable document. Promising to set the Bible “out of the question,” Wesley makes his arguments (generally) in nonreligious terms that would appeal to British readers influenced by Enlightenment ideas. All human beings, in his view, have the right to make decisions about their life and spiritual destiny, and no human institution has the right to interfere. “If therefore you have any regard to justice, (to say nothing of the mercy, nor the revealed law of GOD) render unto all their due,” Wesley wrote. “Give liberty to whom liberty is due, that is to every child of man, to every partaker of human nature.”

As important as what Wesley argued was how he argued it — in intense, emotion-laden language designed to encourage empathy.

Addressing slave traders directly he wrote: “Are you a man? Then you should have a human heart. But have you indeed? What is your heart made of? Is there no such principle as compassion there? Do you never feel another’s pain? … When you squeezed the agonizing creatures down in the ship, or when you threw their poor mangled remains into the sea, had you no relenting? Did not one tear drop from your eye, one sigh escape from your breast? Do you feel relenting now? If you do not, you must go on, till the measure of your iniquities is full. Then will the Great GOD deal with you, as you have dealt with them, and require all their blood at your hands.”

The most unexpected element of the work was Wesley’s willingness to follow his arguments to their radical conclusion. He went so far as to justify slave uprisings, which he described as oppressed people “asserting their native Liberty, which they have as much right to as to the air they breathe.” Addressing slave owners, Wesley asked, “What wonder, if they should cut your throat? And if they did, whom could you thank for it, but yourself? You first acted the villain by making them slaves, (whether you stole them or bought them.)”

The issues of our time — ranging from the reconstitution of policing to the encouragement of asset accumulation to the pursuit of health and educational equity — are different. They will only be addressed by creativity and ambition, not by force.

But sometimes people can only move forward when they have their past returned to them. Evangelicals (and others) seeking guidance on dealing with racial matters have much to learn from Wesley: his passion for human dignity, his embrace of empathy, his willingness to follow the demands of justice beyond his ideological comfort zone. Even as a conservative, Wesley demonstrated that a sincere, consistent commitment to human dignity is more radical than most imagine.

Psalm 119.116
Uphold me according unto thy word, that I may live: and let me not be ashamed of my hope..
King James Version 1611, American Edition