While most American houses of worship were shuttered in response to COVID 19 (over 90% of churches nationally), their congregations, as well as others, say their faith is growing daily.

In times of threat and uncertainty, it is of course understandable that faith provides comfort and fellowship to many.

A national, representative survey released in April by the Pew Research Center documents the growing presence of religious beliefs in American’s lives, as well as the variations in the levels of reliance on religion across population groups. 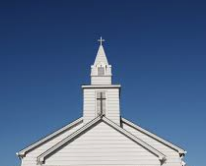 Of note are the groups who say there has been little to no change in their reliance on religion. These groups include 7% of Jewish adults and 7% of unaffiliated respondents.

When looking at church attendance, it is not surprising that 46% of regular churchgoers report an increase in reliance on faith, while those that seldom or never attend say their reliance has grown by only 10%.

First, women who report greater reliance on religion outnumber men two-to-one (30% compared to 16%). Secondly, while one might predict differing levels of reliance by age, only the young (18-29) are significantly different from older adult age groups.

While the Pew study offers a definitive portrait of Americans’ level of reliance on religion in these difficult times, it does not present reasons for the differences across demographic groups.

It would be reasonable to locate the reasons for these differences with people’s deep-seated beliefs in the nature of God, the role of sin, and seeing religious texts as absolute. In addition, differences in political ideology and partisanship are intertwined with individuals’ level of reliance on religion.

Jan Hillard is data editor for the NKyTribune and retired Emeriti Faculty from Northern Kentucky University.

Psalm 32.4
For day and night thy hand was heavy upon me: my moisture is turned into the drought of summer. Selah..
King James Version 1611, American Edition