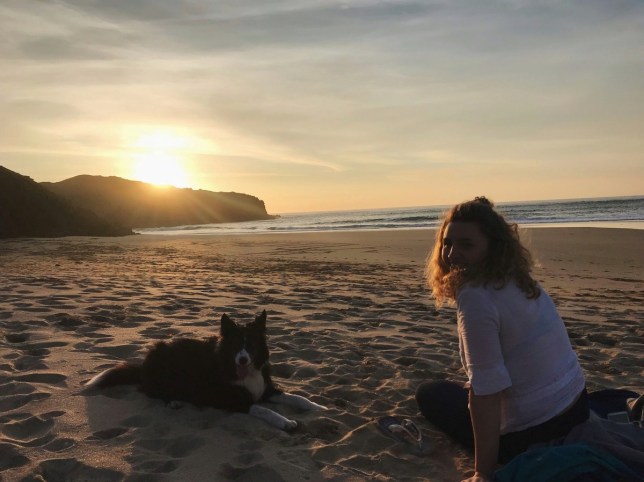 Church services are really long. When I was a child, I’d sit for hours behind the floor to ceiling windows that overlooked the park – not really hearing anything and just wishing I could be outside playing with my friends.

But it was okay, because I was following the rules that would take me to paradise after death. Being unhappy on Earth didn’t matter. Back then, I never questioned the religion I was raised in.

The Christian faith was all I knew in life; my whole family were Christians, as were most of the people I was surrounded by, so I never saw any reason to educate myself further. Good equalled heaven and bad equalled hell – it was a simple premise.

But the older I got, the more I felt like I was being forced to believe and often found myself defending morals that I didn’t really believe in. It all came to a head when I was still in high school and my closest friend told me they were gay.

Immediately I felt such sadness at losing them, thinking that we could no longer hang out because it went against what my then-religion preaches. But almost as quickly as the thought entered my head, it was followed by hesitation.

I was confused at why such a good person, whom I loved dearly, was ‘wrong’ and should be punished just because of who they love. Our friendship was important to me, so I kept it.

For a long time, being part of a close-knit religious community prevented me from feeling free. Your business feels like it’s everyone else’s and you can’t stray without being noticed (and chastised).

At 15, I had my first secret boyfriend and managed to hide it for a month before being caught on the street by a family member who told my parents. They then forced us to break up.

There’s no love lost now, but then I thought my teenage heart would never recover from it.

Studying away from your family is a defining moment for any young person, but for me, it was liberating – after years of following strict parameters in life I was finally able to figure out who I was, what I wanted and more importantly, exactly what I believed in.

I also met new, happy people with different beliefs, who weren’t afraid of being condemned for simply being themselves. I wanted to be like that too, to act without fear – but guilt kept pulling me back.

I worried that I would go to hell, that I would become a sinner, that every ‘wrong’ decision would tarnish my soul. Human development consultant, Dr Marlene Winell talks about something called ‘Religious Trauma Syndrome’, which refers to the fear people are faced with when leaving a religion.

She talks about guilt as a stabbing feeling you can’t ignore, a constant monologue running through your mind with doubts of ‘what if they’re right’. That’s how it was (and still is) for me – the ‘what ifs’ are the worst part of it.

Gradually, while surrounded by incredible friends in a setting where I wasn’t burdened by the reminders of my religion, I was able to let go. Today, I identify closer to agnostic than religious (or specifically, Christian).

After six years of living on my own, I recently moved back home because of lockdown and while I’m so lucky to have a place to come to when times get tough, my return hasn’t been smooth.

Having had the opportunity to grow and to learn I can no longer accept most of my family’s opinions, on topics such as homosexuality (‘it’s a sin’) to abortion (also a ‘sin’) and I often find myself walking out of conversations just to keep the peace.

Despite our differences in opinion, I respect my parents too much to hurt them with my choice to no longer follow their religion. So, every Sunday night I make sure I have plans as an excuse to avoid church. I have not told them about my change in faith but they can probably see it – though they don’t know the complete extent, in that I no longer believe the religion at all.

And the guilt is back.

Psalm 27.14
Restore unto me the joy of thy salvation; and uphold me with thy free Spirit..
King James Version 1611, American Edition