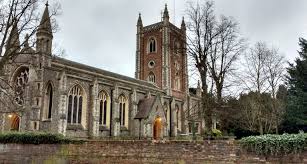 A funding package worth £24 million (US$29.7 million) has been announced by the Church of England to help spread the Christian message in urban and deprived areas.

Awards have been made by the Archbishops’ Council to fund mission and evangelism in towns and cities alongside social action projects, from support for new parents to community cafes and food banks.

In the North East, £4 million (US$4.94 million) has been awarded for mission and evangelism in South Tyneside, Sunderland, Hartlepool, Easington and Stockton-on-Tees areas with plans to lease empty high street shops in some towns.

The shops will host ‘Communities of Hope’, centers where people can explore the Christian faith. The centers will include social projects from food banks to community cafes, budget cookery classes and help with job hunting including CV writing and literacy and numeracy support.

In Manchester and Rochdale, £5 million (US$6.18 million) has been awarded for projects to develop new church communities, including a revamp of the Ascension Church in Hulme to include a venue for music and arts activities such as gospel choirs.

The Rochdale and Manchester projects are located in some of the most deprived communities in the country and will provide a range of social action including support for parents and children and volunteer programs working in areas such as dependency on drugs and alcohol, and street outreach for homeless people.

In Birmingham, a grant is to be shared for mission and evangelism work by St. Mary’s Church Pype Hayes in the Aston and Sutton Coldfield areas and a planned new church in Shirley. Services such as a food bank and a youth drop-in would be provided at St Mary’s and a community café and support for first time parents in Shirley.

In Liverpool Diocese, £4.61 million (US$5.7 million) has been awarded to develop mission to 11-29 year olds in Liverpool and Wigan.

In Newham, east London, £3 million (US$3.71 million) has been awarded to expand mission work in West Ham and other areas of the borough for new congregations and centers of evangelism. The funding would include work on projects to tackle issues such as homelessness, hunger and drug abuse.

A £1.37 million (US$1.69 million) grant will be used to help support the development of more than 140 lay people to act as community evangelists in Middlesbrough, Hull, Scarborough, Redcar & Cleveland and Bridlington.

There will also be funding to invest in mission and evangelism in Milton Keynes, High Wycombe, Reading, Slough, Southampton and Bournemouth.

The awards have been announced as many areas of the country – particularly the most deprived communities – cope with the impact of the Covid-19 pandemic.

Debbie Clinton, Director of Renewal and Reform for the Church of England, said: “The range of work outlined in these projects is a measure of the Church of England’s commitment to all areas of the country – including some of the most deprived urban communities.  Our churches are sharing the love of Jesus Christ and bringing the good news of the gospel through spiritual and pastoral support to people as well as practical action.”

Psalm 145.7
They shall abundantly utter the memory of thy great goodness, and shall sing of thy righteousness..
King James Version 1611, American Edition