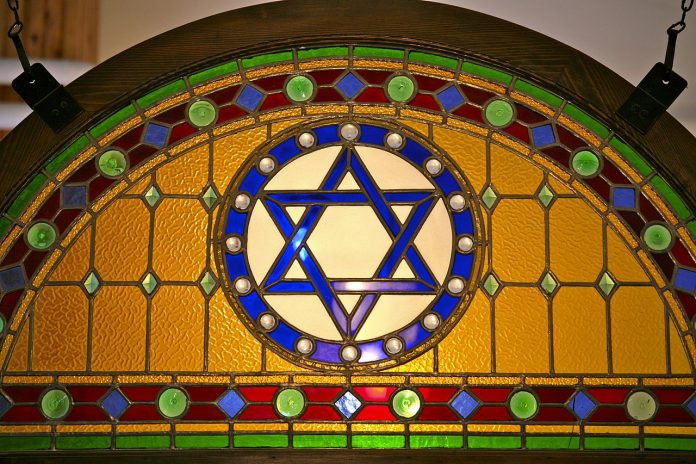 Anti-Semitism is the word used for hatred of Jews, whether explicit or implicit, even unconscious. I once knew a man, a Presbyterian elder, who vehemently denied that he was anti-Semitic but expressed the opinion that the Jews of Europe “brought it on themselves”—referring to the Holocaust. That’s by any definition anti-Semitism (and I told him so).

Many people wrongly think that evangelical Christians are anti-Semitic. I have been accused of being anti-Semitic merely for believing that Jesus was and is the messiah foretold by the Hebrew prophets. Okay, if that’s anti-Semitism I plead guilty. However, I don’t think it is anti-Semitism.

I don’t know of any word that expresses this sentiment about Jews. It must be so rare, outside of the Jewish communities, that nobody ever thought it was important to name it.

*Sidebar: The opinions expressed here are my own (or those of the guest writer); I do not speak for any other person, group or organization; nor do I imply that the opinions expressed here reflect those of any other person, group or organization unless I say so specifically. Before commenting read the entire post and the “Note to commenters” at its end.*

Let me offer some illustrating examples. When my family moved to a new city when I was eleven years old my parents actively sought out Jewish business people and professional people to patronize. (And by “patronize” I mean do business with and be their customers, clients and patients.) There was, as I recall, only one Jewish doctor in our new town. We all became his patients—for the sole reason that he was Jewish. My parents bought clothes at a department store owned by a Jewish family. We visited the one Jewish synagogue in town and at least attempted to befriend the rabbi.

When we went on a “pilgrimage” to the “Holy Land” (Palestine, Israel) we insisted on having only Jewish guides and bus drivers and we insisted on visiting a couple of synagogues and staying only in hotels owned by Jews. (Yes, I realize now, looking back on that, how it was not fair to Israeli Palestinians.) When we visited the Western Wall we worshiped there. Some of the people in our church group wept when they remembered Zion.

In church we studied the history of the Jewish people and abhorred the anti-Semitism that led to their persecution and the horrible pogroms and the Holocaust that caused Jews so much suffering. We wanted to do all we could to reverse that history in the present and future. We prayed for the peace of Jerusalem and supported the Jewish State of Israel in its wars with its Arab neighbors.

Now, let me make clear that we did not hate Palestinians; we thought eventually peace would be found between Jews and Palestinians in Israel, but we favored Jews because the Bible says that whoever blesses them God will bless and because Jesus and the prophets and most of the apostles were Jews.

There were even some among us who believed that Jews have their own covenant with God by which they can be saved without “receiving Jesus Christ as savior.” Of course they believed that Jews will eventually, even if only after death, meet Jesus Christ and acknowledge him as their messiah and savior, but they did not support supercessionism. That was not everyone’s opinion, but I knew some among us who went that far with our pro-Jewish theology and sentiment.

Over my years after leaving the Christian form of life I grew up in (a particular “brand” and “tribe” of evangelicals) I have attempted to explain this to some Jewish people, including one Jewish colleague. None outside of Israel have ever expressed knowledge of it and some even seemed to think I was making this up—because they were conditioned to think of all Christians as anti-Semitic.

Some will insist that we were anti-Semitic just for believing that Jesus was and is the messiah of Israel and of all people and that he is the only means of salvation—even for those who become saved without “bending the knee” to him in this lifetime. But I can assure such people that they would have had to be part of our community (many churches) and religious form of life (a particular type of evangelicalism) to understand that we were passionately lovers of Jews and Israel—as Christians.

Does this still exist? I know of one Pentecostal church that does still have something of this extremely pro-Jewish and pro-Israel attitude embedded in their religious life together. But only one.

*Note to commenters: This blog is not a discussion board; please respond with a question or comment only to me. If you do not share my evangelical Christian perspective (very broadly defined), feel free to ask a question for clarification, but know that this is not a space for debating incommensurate perspectives/worldviews. In any case, know that there is no guarantee that your question or comment will be posted by the moderator or answered by the writer. If you hope for your question or comment to appear here and be answered or responded to, make sure it is civil, respectful, and “on topic.” Do not comment if you have not read the entire post and do not misrepresent what it says. Keep any comment (including questions) to minimal length; do not post essays, sermons or testimonies here. Do not post links to internet sites here. This is a space for expressions of the blogger’s (or guest writers’) opinions and constructive dialogue among evangelical Christians (very broadly defined).

Rosh Hashanah has begun: What to know about the two-day Jewish holiday that leads into Yom Kippur

Psalm 141.7
Our bones are scattered at the grave's mouth, as when one cutteth and cleaveth wood upon the earth..
King James Version 1611, American Edition

Szymon Zdziebłowski - 29 September, 2020
0
An ancient mosaic from a 4th-century house in the centre of the ancient city of Paphos in Cyprus, was a ‘pictorial’ criticism of Christianity...

The AEI calls to have “evangelical discernment” on three global initiatives