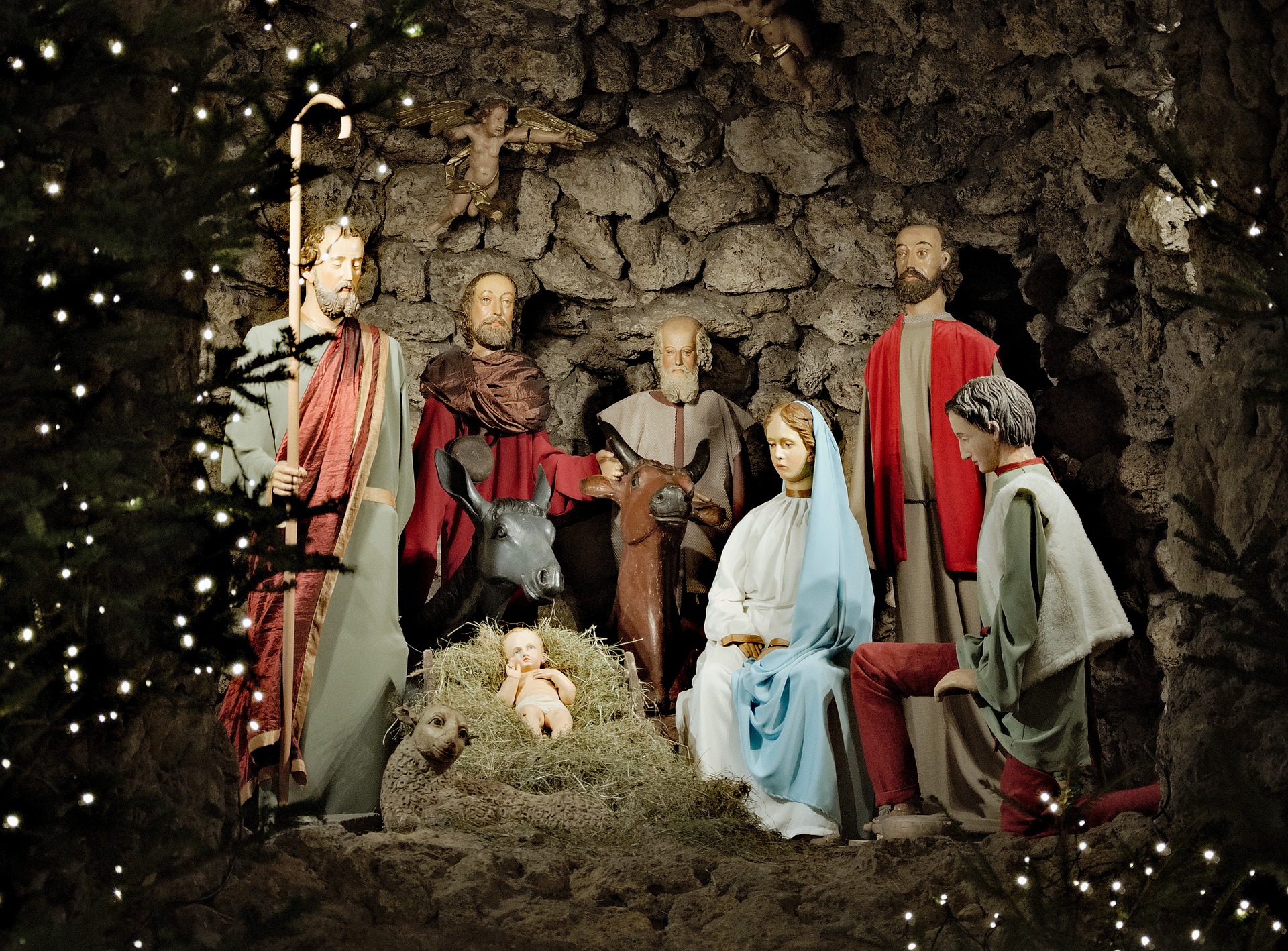 Did Pope Benedict XVI start it all by saying that “the ox and the ass” around the manger are “just myths” in his recent book, Jesus of Nazareth? It seems he did. And didn’t he also say the angels never sang to the shepherds on the hillside?

Perhaps he did – I haven’t read his book yet – but Scripture scholars have been saying this for years. Not just that: there weren’t “three kings” and a “star in the East,” either. Not even a meeting with King Herod or a slaughter of the Innocents.

What next? With all these ‘changes’, are we sure whether Jesus was born in Bethlehem? Probably not. As to being born on December 25, certainly not!

So what do we believe in the Christmas stories? And how do we believe? What is real? What is the truth? Perhaps the discussion should start here.

All of us today are children of a scientific age, and for us, truth is what we can see (and hear and touch) and what we can measure. We call this ’empirical’ truth, that is, facts that can be measured, tested, and verified according to generally accepted criteria. And whenever we read or write a report, we expect that these canons of evidence are followed. But the Bible was written in a pre-scientific age, and to apply such modern criteria to it lands us in problems.

Salvation history is what goes on within us — while outwardly we grow, develop, age, and die. Our public image may be one of success or failure, triumph, or disaster. But it is within the “heart of man,” unseen and unnoticed, that the real struggle goes on. It is here that we encounter ‘the truth’ of our lives. God’s word is addressed to this heart. The Bible speaks to our heart, not to our face. And its words are metaphorical, not mathematical.

Myth and symbol don’t just record the event; they probe the meaning of the event. When we say “we believe,” we give meaning to what we say, for faith gives meaning. All mythology dips into our reserves of faith. Myth, story-telling, ritual, and drama are ways in which we understand the reality of our lives — or the lives of our heroes or our demons. Today’ myth’ is a bad word. It has come to mean falsehood. But this is incorrect. Myth is just another way of speaking, as true as science and logic, but different. Today again, we say something is “symbolic,” meaning that it’s not the real thing. Again, how wrong!
Rather, a symbol is a truth so close to the bone that it can’t be expressed in ordinary words but needs a more imaginative rendering.

But let’s get back to the Christmas stories. If they are symbolic, then what is their deeper meaning?

Their deeper meaning is that this little child born in a manger is in reality, the Saviour of the World, the very Son of God. His birth is divine, but not in the fashion of the pagan fables where a heavenly god impregnates a beautiful earthling. Jesus’s birth is unique. We are not told how Mary conceives, except in those words of Luke, “the power of the Most High will overshadow you,” a Jewish allusion to God present in the Cloud (shekinah) over the Temple. In other places, God ‘speaks’ to human beings in “dreams,” as in Matthew (four times), and through “angels” in Luke (three times). In other words, the Infant Jesus is clearly presented as someone divine.

Our modern sensibility keeps asking, ‘but how ?’ The ancients didn’t ask how; they asked why: Jesus’s name tells us: ‘God with us’ (Emmanuel), ‘save his people from their sins.’
So whether Jesus was actually born in Bethlehem or not is secondary. We say that he was “born in Bethlehem” because Bethlehem was David’s birthplace, King David was Israel’s greatest king and the ancestor of the messiah.

If Jesus is God, if he is king and if his birth had been foretold, then surely he must be gifted with incense and gold, and a star must indicate his birthplace. And as a greater king than Herod, he must also outwit the tyrant to fulfill his destiny. Thus Matthew’s story of the magi is a sort of parable with Old Testament allusions. The Hebrew word for this is midrash, a story that illustrates a Scriptural message and into which the reader can find clues to understand. A midrash is like a cartoon today, which comments on a political situation in a few quick lines, and provokes a flash of understanding.

That is why Pope Benedict tells us not to take the stories literally, in a ‘linear’ fashion, applying the modern criteria of empirical evidence. He asks us not to get lost in the picturesque details but to read them with a sense of wonder and awe. And then to praise God as Mary and Elizabeth did; and thank him, with Zachary and Simeon, for not having forgotten, for always keeping his promises.

The Christmas stories weren’t written to give us information about Jesus’s birth. They were written to give meaning to our lives of faith and to capture our imagination with the message that God is always with us (Emmanuel), that we are saved through the child who is called Jesus/ Yeshua, “Yahweh saves.”

Psalm 71.21
Thou shalt increase my greatness, and comfort me on every side..
King James Version 1611, American Edition