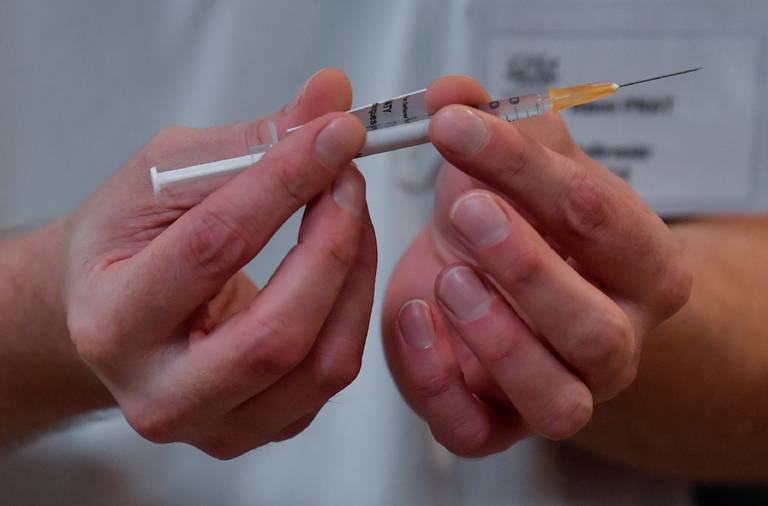 As several COVID-19 vaccines make their way to the general population, we have hope for containing, and perhaps defeating, a coronavirus pandemic that continues to ravage the United States.

If enough people are vaccinated, scientists say, the virus will have nowhere to go, because there will be few susceptible hosts left to infect. This is the surest—and safest—way of achieving herd immunity without losing countless more lives.

However, as ironic as it might seem given that they’re supposed to protect and affirm human life and health, some Christians have emerged as outspoken opponents of COVID-19 vaccines.

Specifically, some white evangelicals are leery of the vaccinations, and so are most Black Protestants, but the two groups are skeptical for different reasons.

No one has asked my opinion, but that’s never stopped me before. My unsolicited advice: Take your shots as soon as they’re available, if not for your own well-being then for that of your family, neighbors and fellow pilgrims, especially the elderly and infirm. As a society, we need to put this pandemic behind us.

A few weeks ago she explored the dilemma faced by a white evangelical pastor in Houston whose medical condition puts him at grave risk for coronavirus complications, even as his parishioners refuse to wear masks and deny the virus is a threat. Meanwhile, down the road, a Black pastor faces another set of vaccine skeptics in his church. [LINK: https://www.washingtonpost.com/religion/2020/12/11/pastors-covid-vaccine-skeptics/]

White evangelicals tend to be wary of the new vaccines for a variety of political, moral or apocalyptic reasons, notes Bailey.

White churchgoers told her “they are hesitant because the vaccines were developed quickly. Some are concerned by reports that the vaccines used a cell line that originated in fetal tissue. And a smaller number of conservative Christians believe a vaccine could function as the ‘mark of the beast,’ an identifier of the end times in the biblical book Revelation.”

Black churchgoers, on the other hand, are leery due to a historic distrust of the government.

“Many recall how, starting in the 1930s, Black men with syphilis in Tuskegee, Ala., were deceived and denied treatment over a 40-year period so doctors could study the disease,” Bailey writes.

One study found 59 percent of Black Protestants say they won’t or probably won’t get the vaccine, the highest percentage among any religious group.

Bailey has also interviewed Francis Collins, head of the National Institutes of Health, who has embarked on a personal and public health mission to convince skeptical Christians to get vaccinated. [LINK: https://www.washingtonpost.com/religion/2020/12/12/coronavirus-vaccine-nih-francis-collins-faith-leaders/]

Collins is a unicorn—to my mind, a unicorn to be admired. Among the few holdovers from the Obama administration who was kept on by President Trump, he’s both a world-class scientist and a serious, unabashed Christian.

He explains that much of the white evangelical resistance to the vaccines is based on inaccurate, politicized reports.

To cite just one example, of the six vaccines approved or under development, two used fetal cell lines during manufacturing from a strain developed in the 1970s or 1980s. The other four—including Pfizer and Moderna—didn’t, although some may have used those older fetal cell lines in lab experiments to see whether their vaccines worked.

“A lot of people seem to think these vaccines require fresh fetal tissue from abortions,” Collins tells Bailey. “That is absolutely not the case.”

He points to the staunchly pro-life Roman Catholic Church, “which has had a very thoughtful deliberation about this going further back where they have said it’s ethical for pro-life people to utilize these vaccines if there are no other alternatives.”

Collins is also seeking to allay the fears of black Christians, including working with churches.

“The Moderna trial ended up with 37 percent of the participants being people of color, which is a pretty significant achievement,” he says.

Ultimately, though, he thinks it’s up to pastors and other church leaders to communicate solid facts to their parishioners, who will probably trust their leaders more than they trust scientists and government employees.

“The church, in this time of confusion, ought to be a beacon, a light on the hill, an entity that believes in truth,” Collins says. “This is a great moment for the church to say, no matter how well intentioned someone’s opinions may be, if they’re not based upon the fact, the church should not endorse them.”

God gave us science as a way of understanding the wonders of his universe. We use it a thousand times every day in ways that make our lives easier, safer or healthier: when we pop a muffin in the microwave and when we check the text messages on our smart phone and when we take our blood pressure pills.

And I can promise you this: the first time I get an opportunity to receive a COVID-19 vaccine, I’ll hike up my sleeve so fast and praise the Lord so loudly the startled nurse may drop her syringe.

Paul Prather is pastor of Bethesda Church near Mount Sterling. You can email him at [email protected].

Psalm 19.8
The statutes of the Lord are right, rejoicing the heart: the commandment of the Lord is pure, enlightening the eyes..
King James Version 1611, American Edition