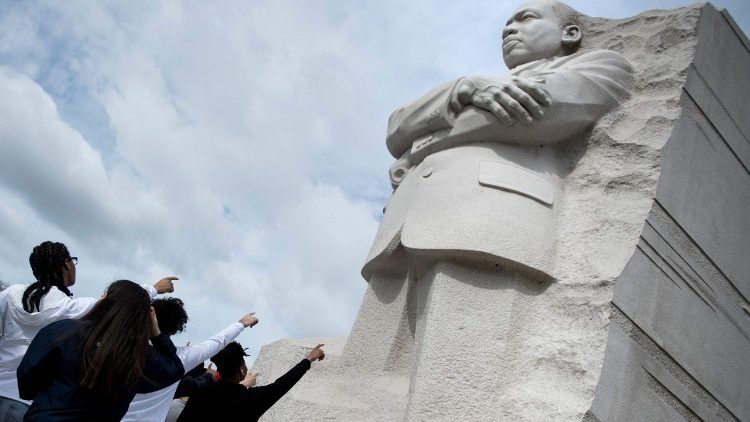 Marking a Commemorative Service honouring the life and the achievements of Dr Martin Luther King Jr, Pope Francis sent a message on Monday to participants at the ceremony in which he recalled Dr King’s peaceful activism for harmony and equality for all people.

The “Beloved Community Commemorative Service” on 18 January is the culminating event of a weeklong celebration of Dr Martin Luther King, Jr.’s life and legacy.

n his message, the Pope sends his “cordial greetings and good wishes” to all taking part in the event.

“In today’s world, which increasingly faces the challenges of social injustice, division and conflict that hinder the realization of the common good, Dr King’s dream of harmony and equality for all people, attained through nonviolent and peaceful means, remains ever timely,” he writes.

Pope Francis goes on to quote from his encyclical, Fratelli tutti, saying “Each one of us is called to be an artisan of peace, by uniting and not dividing, by extinguishing hatred and not holding on to it, by opening paths of dialogue.”

“In this way, we will be able to see ourselves, not as “others”, but as neighbours, in the truth of our shared dignity as children of Almighty God. Only by striving daily to put this vision into practice can we work together to create a community built upon justice and fraternal love,” he says.

Pope Francis concludes invoking the divine blessings of wisdom and peace upon all present at the Commemorative Service.

Pope Francis: ‘Experience Lent with love’ by caring for those affected by pandemic