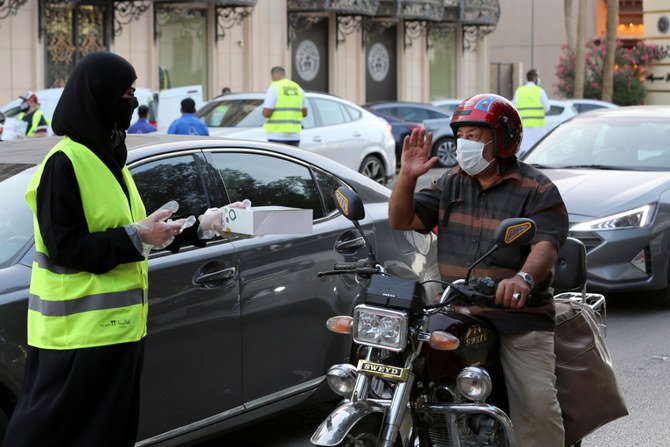 For the last couple of years, billions of Muslims and Christians have been enjoying religious holidays that fall at roughly the same time of year. The end of Easter has coincided with the beginning of Ramadan, and this should not surprise us at all since both great religions emerged from the same historic region and share a common Abrahamic history and culture. However, a cursory glance at social media reveals that few Muslims and Christians realize they are celebrating their holy days concurrently. It is a shame that, instead of seeking commonalities, the relationship between Christians and Muslims has often been characterized by mistrust and misunderstanding.

As the month-long Ramadan festivities near their midpoint, we ask whether it is time for a new era of peaceful coexistence and understanding between all the Abrahamic faith communities. If the answer is “yes,” the path forward should begin by gaining a better appreciation of our shared Abrahamic history and culture. Our stories are intertwined and at crucial moments we are indebted to one another for existing as faith groups to this day.
Many stories exist in Muslim history that recall the contributions of Christians during several consequential periods. When still a boy accompanying his merchant uncle in southern Syria, Prophet Muhammad met a charismatic Christian monk who is known to Muslims today as Bahira. This encounter may have instilled in him a lasting respect for the Christian faith; something that was deepened a few decades later, when the Prophet’s early followers faced vicious persecution on the Arabian Peninsula. It was a Christian king in Ethiopia who offered shelter to Muslims whose faith he didn’t share but whose shared humanity he recognized and cherished.

These are among the reasons why the Qur’an often references Christians with deep respect and refers to the Bible as holy. Catholics, for instance, will find the entire 19th chapter of the Qur’an devoted to Mary, mother of Jesus. She is referred to as “above all women of all nations of the worlds.” For centuries, Muslim artists and poets have been awestruck by Mary’s piety and devotion, and have expressed their admiration in visuals arts, paintings, odes and miniature drawings. Whole sections of the Qur’an sing the praises of the Hebrew prophets Isaac, Jacob, Moses, Aaron, Enoch, Adam and Noah.

Our stories are intertwined and at crucial moments we are indebted to one another for existing as faith groups to this day.

The model for Muslims is the Prophet Muhammad and he invited his own followers to lead humble and simple lives in emulation of Jesus, celebrating him as a miracle-working prophet imbued with a holy spirit. The Qur’an explicitly prohibits attacking Christian places of worship.

As the community of early Muslims expanded, the spirit of coexistence was maintained by successive leaders. The famous Umar’s Assurance letter, written by the Second Caliph Umar ibn Al-Khattab to the Christians of Jerusalem when Muslims entered the city in 638 states: “He (Umar) has given them (the people of Jerusalem) an assurance of safety for themselves, for their property, their churches, their crosses, the sick and healthy of the city and for all the rituals which belong to their religion. Their churches will not be inhabited by Muslims and will not be destroyed. Neither they, nor the land on which they stand, nor their cross, nor their property will be damaged. They will not be forcibly converted.”

Beyond respecting each other’s right to exist, one of the most glorious moments of Near Eastern history was the time when Christians, Muslims and Jews lived side-by-side and came together for the common good. This came about in 10th-century Baghdad, when the city was the capital of a state ruled by the enlightened Abbasid dynasty. It became the intellectual and scientific center of the world because members of the three Abrahamic faiths cast bigotries aside and came together in a joint quest for knowledge and scientific progress. Clerics, scholars, doctors and translators from all faiths innovated in mathematics, science and medicine and developed philosophical traditions that still live with us today.

What made this possible was not Muslims, Christians and Jews believing in the same teachings. Even at the time when the Abrahamic faiths peacefully coexisted, imams, priests and rabbis tended to be defensive about their theology. It was, after all, the Middle Ages. Yet, what those societies exhibited that other societies at the time did not was a liberal attitude toward intellectual curiosity, public conversation and open and public theological and philosophical dialogue and even debate. This commingling of religious communities often led to innovations that strengthened each faith community without prejudicing the safety and security of the others. This was possible because the adherents of the Abrahamic faiths were respectful and understanding of each other; something that has been sadly missed in subsequent eras. History may repeat itself once again, but it will require a rediscovery of that enlightened spirit.

The history of our religious communities has sometimes been marked by dark periods of enmity, hostility, violence and even war. It must be stressed though: This is not the only story. Our message to the children of Abraham at this crucial time is that there are much better and far more interesting stories to tell, which are drawn from the far longer and more illustrious periods of our shared history. These stories are blessings that we can enjoy and learn from together.

Yes, this Ramadan — as a Muslim and as a Christian — we choose to believe in the best of humanity and to uphold the peaceful teachings of our separate but intricately linked faiths. We vehemently reject those who would use religion to divide us. In the words of Jesus: “Blessed are the peacemakers, for they will be called children of God.”

• Saud Al-Sarhan is Secretary-General of the King Faisal Center for Research and Islamic Studies in Riyadh, Saudi Arabia.

• Johnnie Moore is president of the Congress of Christian Leaders and the founder of The KAIROS Company.

Psalm 89.15
Blessed is the people that know the joyful sound: they shall walk, O Lord, in the light of thy countenance..
King James Version 1611, American Edition