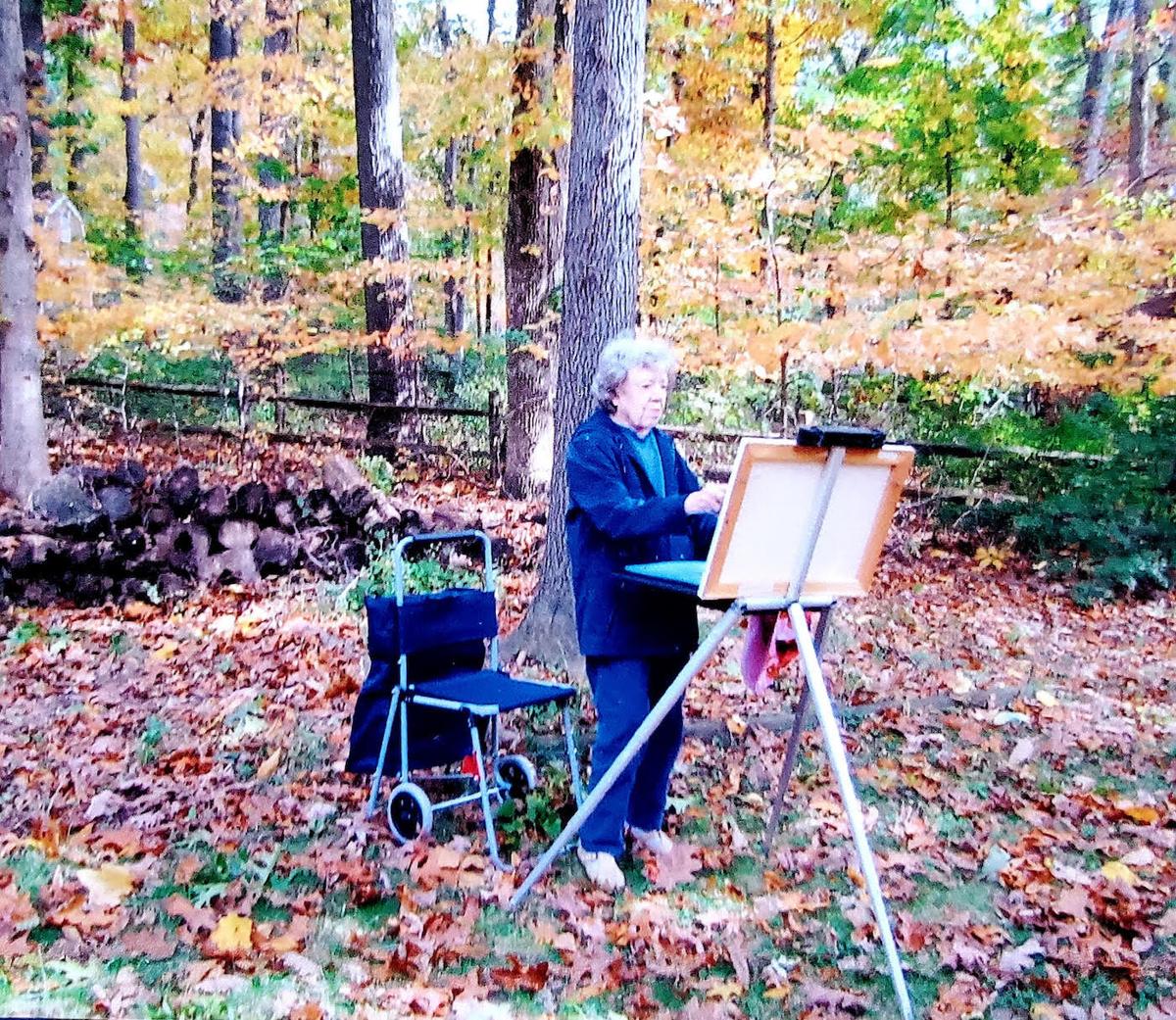 For as long as she can remember, Genevieve Roberts has loved the outdoors. At 101 years old, that’s a lot of memories. Her love of nature is captured in original etchings and oil paintings that are on display this month at 1812 Brewery, just in time for her May 16 birthday.

Covenant Village Retreat, a Christian camp north of Flintstone, is hosting a fundraiser at 1812 on May 20 to honor the artist for donating a collection of her work to the camp so that young people can experience the outdoors. The 41 original framed works will be on exhibit and for sale to raise funds for camp scholarships.

“When we saw the quality and the size of this collection, we wanted as many as possible to be given the chance to meet her,” said Covenant Village Business Manager Juls Wood. “These hand-pulled prints and original paintings capture both the Colorado landscape and the scenic diversity of Maryland, where she settled down following her husband’s career in the Air Force.”

Born in 1920, Genevieve spent the first part of her life in Colorado where the family managed a small farm.

The artist met her husband Tom at a school dance while they were attending the University of Denver. The couple had only six months after they were married before he had to go into the service. They traveled extensively through Europe and lived in Germany and England. She studied at the Sir John Cass School of Art in London and in 1960 achieved her Masters in Fine Art from American University in Washington. She was the third woman to be accepted into the prestigious Washington Society of Landscape Painters and has permanent collections of her work in Russia, England and across the United States. She has also displayed in more than 100 juried exhibitions worldwide.

By the 1970s, she and her family had returned to the United States, where she became director for the West Springfield High School art department in Fairfax, Virginia. Ultimately, her family settled in Ashton, where she has operated a studio and continues to teach classes in etching and gives workshops.

Her mission at this stage of her life is to help people to become aware of the wonder around them. “I don’t want to miss anything in this wonderful, wonderful world that only God could create.” When one of her fellow artists shared that he was giving his art to charity, she went home and thought about it. “It occurred to me that I wanted the pleasure of seeing others benefit from this donation rather than giving it away after I was gone. I knew I would get so much satisfaction out of it.”

Roberts chose Covenant Village because of its unique natural beauty and the impact it will make on young people, especially those who might not otherwise have a chance to go to camp. In the process, the donation is making her artwork more accessible to Allegany County.

Psalm 109.22
For I am poor and needy, and my heart is wounded within me..
King James Version 1611, American Edition