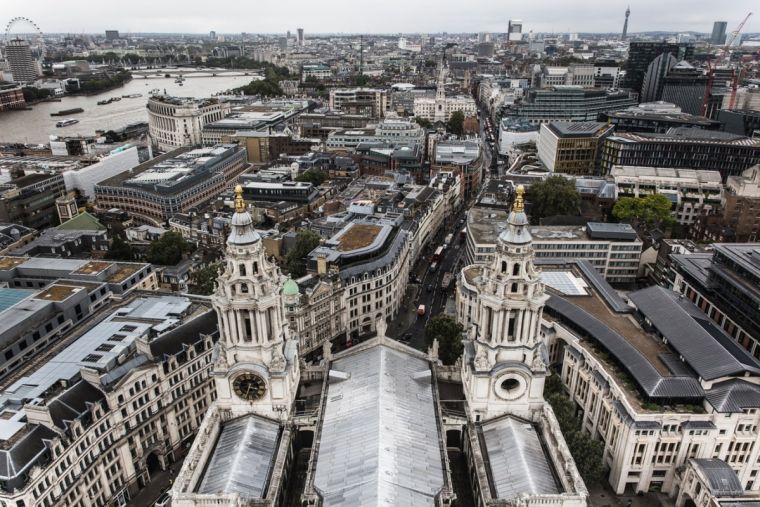 There are some moments in that wonderful film Inception when the whole of reality seems to curve and collapse in front of our eyes.

If you’ve never watched that amazing movie, please do. It’ll fry your brain – in a good way! But I felt rather as though the nature of lived experience was warping and dissolving in front of me Inception-style a few days ago when I read what the Methodist Church of Great Britain had voted to approve in its new statement about marriage.

So down is up, and left is right, and inside is outside – all at once! It’s Schrodinger’s cat, both dead and alive. Ying or Yang? The Methodists bring you Yaing. Or perhaps Ya/ing. Maybe even both. In space (aka the vacuum of coherent Methodist theology) no-one can hear you scream – except they also can too. Because in Methodism two incompatible things can both be ‘affirmed’ in the same sentence. Is there Methodism in this madness? Not that John Wesley would recognise. As he himself said: ‘Vice does not lose its character by becoming fashionable.’

So is Methodism in Britain dead? In a nutshell, it sadly looks that way. When a church believes two mutually contradictory things on a matter of fundamental human importance as this, how can it even begin to be taken seriously, let alone grow? As Jesus puts it, ‘A house divided against itself will not stand…’ (Matthew 12v25).

Where does this leave Methodist evangelicals? Writing on their website, the president of Methodist Evangelicals Together (MET) Dr David Hull is honest enough to say that ‘whilst the decisions reached by Conference… have been a long time coming and are no surprise, many [Methodist] evangelicals have… been hit by the reality of the situation we now face as a denomination… Some have already resigned; some have spoken of a call to remain… Many are pondering their position and waiting on the Lord for further direction…’

Most readers of this article will want to commend Dr Hull for his honesty, stand alongside him and his colleagues, and pray for a conference they are having in mid-July to explore options for MET evangelicals going forward. At the same time, some might wonder why – if this debacle ‘has been a long time coming’ and is ‘no surprise’ – plans had not been formulated already. We must nonetheless wish MET well and support them as best we can.

A thought, in passing: perhaps – in all seriousness – MET could link up with the Anglican Mission in England, the new branch of Anglican orthodoxy independent of the C of E? AMiE could then stand for Anglican / Methodist mission in England… After all, part of British Methodism’s recent amazing doctrinal flexibility seems to have included recognising bishops as part of a possible Anglican-Methodist pact… Just a thought – way out, but not far-fetched, perhaps…

Whatever MET decides, the Church of England does not have to go the same way as Methodism. The doctrine of marriage would be less easy to change in the C of E, and, for all its faults, it is hard to imagine a General Synod taking such a surreally self-contradictory decision as the Methodist Conference just has. At least I think so. Apart from anything else, it is hard to conceive either liberal or orthodox Anglicans agreeing it. Moreover, there are more evangelicals in the Church of England, and there is a concerted endeavour to get many of them elected in this year’s Synod elections.

Nonetheless, Anglican evangelical leaders should take heed from the example of the Methodist mess and be spurred on in as much detailed planning as is realistically possible to cover all foreseeable future contingencies. Such plans would ideally command as much widespread support among as wide a range of evangelicals as realistically possible. And we C of E evangelicals should also actively oppose any further steps to unity with this rudderless Methodist vessel: it would be like being holed below the waterline by an already sinking ship…

Methodism in Britain? I fear it is dead… but let us pray for resurrection. The Church of England? Not dead yet. By any means. Indeed, there is much that is alive and kicking and full of vibrant life. But let us not permit its demise through any lack of planning. Or, as John Wesley prayed: ‘God, grant that I may never live to be useless!’

One year along, United Methodists are working locally to dismantle racism

What’s Coming for Religion in 2019? Here’s What the Experts Predict

Psalm 135.13
Thy name, O Lord, endureth for ever; and thy memorial, O Lord, throughout all generations..
King James Version 1611, American Edition