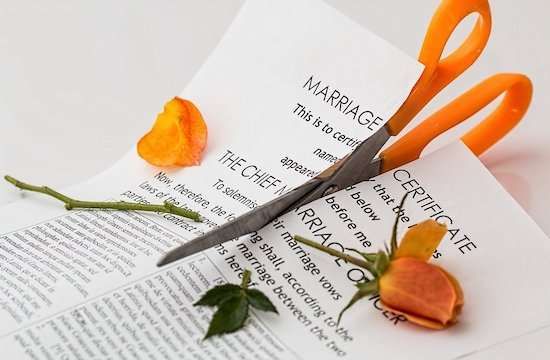 There are whole libraries devoted to the subject of a marriage entered into after divorce.

More specifically, the question becomes: what effect does the attempt to enter into a marriage after legal divorce have on a Catholic’s right to receive the sacrament of the Lord’s body and blood in the Eucharist?

The consultation of the faithful during the first stage of preparation for the next assembly of the Synod of Bishops will almost surely highlight the issue.

these reflections I suggest that before we consider the present state of Church policy and its justification for excluding the divorced-and-remarried from reception of the Eucharist we need, first, to comprehend the human experience of those Catholics who take such a step.

The lives of real people

Who are they? Before they are subjects of a community with legal rights and responsibilities they are flesh-and-blood men and women, created by God and redeemed by the self-offering of Jesus of Nazareth.

As such, what are they actually doing when they divorce and enter upon a new marriage? What are they not doing? What experiences are they creating for themselves by taking this step? And what meaning do they personally attach to their acts?

If we pretend to talk about marital union and leave out the level of personal experience and meaning we are talking about abstractions. We literally don’t know what we’re talking about.

A second consideration arises from this initial exploration: How do the actions of those who are divorced and entered into a second marriage affect the life of their fellow believers—the other members of the church community?

How are they taught by church leaders to view it? And what does their experience tell them about what is really going on? What meaning do those fellow Catholics attach to it?

The human experience of divorce

At its core a civil divorce consists in the public recognition that two people have declared themselves to be unable to fulfill the lifetime commitment of mutual fidelity they promised when they wedded—regardless of how that inability came about, or either party’s degree of responsibility for it.

It looks past all the related actors whose actions may have supported the couple or contributed, indirectly but really, to the breakdown.

The divorce tells the world simply that ‘we find ourselves unable to fulfill the promise we made when we married; the commitment no longer exists.’The bare fact. Nothing more nor less.

The experience of marital breakdown, whether it was acrimonious or peaceful, accepted or not, involves deep personal trauma. An unbreakable ‘we’ has proven to be an illusion. A dream has gone up in smoke.

People do not enter a marriage with the simultaneous intention of destroying it.

Instead, over time the couple discovers, often in spite of heroic efforts at making it work, that they—this individual man and this individual woman—are unable to fulfill the incredibly difficult promise they had made in good faith.

Divorce is a painful acknowledgment of human limitation. People who finally decide to divorce are ‘guilty’ only of being human.

In its catechesis on the dignity of the marriage bond, the Church teaches that it is ennobling and life-giving.

Yet when someone who has gone through the trauma of a failed relationship seeks the same good with a new partner, Church law treats that attempt as essentially disordered; enough to warrant refusal of the bread of life.

It should be noted that the divorce itself is not deemed so disfiguring to the body of Christ as to result in denial of Communion. By itself, divorce is viewed as the tragic result of human fallibility.

It is sad, for sure, but we can all identify with the experience of failure to live up to an ideal.

It is when divorced Catholics move beyond the experience of breakdown, commit to a new relationship, and call it ‘marriage’ that the church considers their action such a public repudiation of the indissolubility of marriage as to warrant the denial of Communion.

The secret to a happy marriage

Psalm 89.47
Remember how short my time is: wherefore hast thou made all men in vain?.
King James Version 1611, American Edition