The ancient city of Marea once served as a bustling port town along the northern coast of Roman-era Egypt (30 BC to 640 AD). Found just 28 miles southwest of Alexandria, Marea’s beginnings have been traced all the way back to Alexander the Great’s conquest of Egypt in 332 BC. A team of Polish researchers have uncovered another piece of incredible history from this archaeological site – the remains of an unusual Christian settlement.

The archaeologists believe the hub was built in the sixth century by Christian pilgrims travelling across Egypt.

The small town, which covers an area of about 32 acres, would have served as a stop along the route to Abu Mena – a monastery complex some 31 miles southwest of Alexandria.

According to the experts, the discovery has “revolutionised” their understanding of this ancient city.

Marea has been the site of many excavations in recent years, with researchers from all over the world flocking to the ruins. 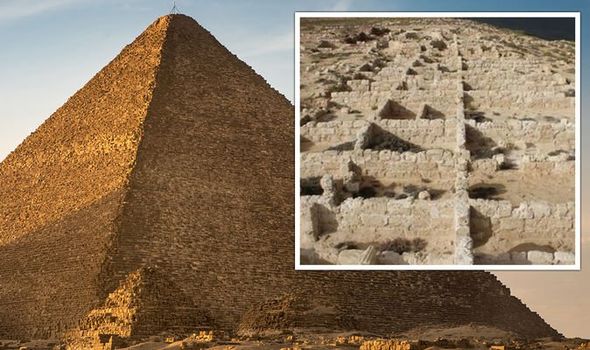 The Christian settlement may have never come to light if it were not for cutting-edge technology allowing the archaeologists to peer beneath the Egyptian sands.

Dr Mariusz Gwiazda from the Center of Mediterranean Archaeology at the University of Warsaw, Poland, said: “In recent years we have revolutionised our understanding of this ancient city.

“All thanks to the use of non-invasive and geophysical methods in conjunction with excavations.”

The settlement was comprised of a number of large “modular” buildings, built from smaller structures measuring 32ft by 32ft.

The experts have dated the buildings to within the sixth and eighth centuries AD.

Dr Gwiazda added: “It was a great surprise for us because new towns weren’t being built in Egypt at the time.”

Egypt’s greatest period of internal expansion occurred during the Hellenistic period after Alexander the Great’s conquest, and later after the Roman conquest.

After the Muslim conquest of Egypt between 639 and 646 AD, there was no need to build any more towns and cities – the Romans and Macedonians had built enough for centuries to come. 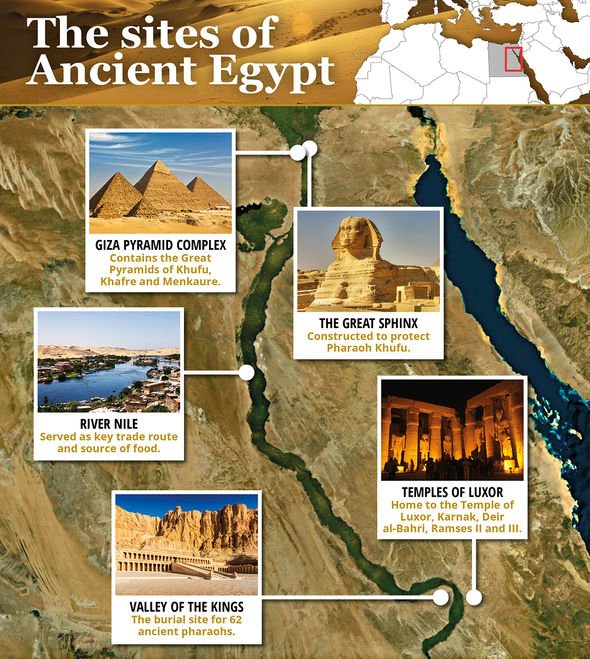 According to the archaeologists, the Christian buildings were built on the ruins of a Roman farm, but they were vastly different to what they would expect to see.

The former site would have most likely been a vineyard.

Dr Gwiazda said: “They are not like any known buildings in the Mediterranean world.”

Archaeologists would typically expect to see a town grow out from a central hub.

In this case, however, the settlement’s buildings were built in equal rows with public baths and lavatories erected a short distance away.

According to the experts, the town would have been frequented by the rich and poor alike.

Egyptians travelling to the Abu Mena sanctuary to see the tomb of the martyr St Menas of Egypt would have passed through this part of Marea.

They would have travelled that way by water from Alexandria, landing on the shores of Lake Mariout.

It is also possible European Christians set out on the long voyage to Egypt to see Abu Mena.

Archaeologists have found many trinkets and souvenirs from the sanctuary in various parts of the continent, including Great Britain.