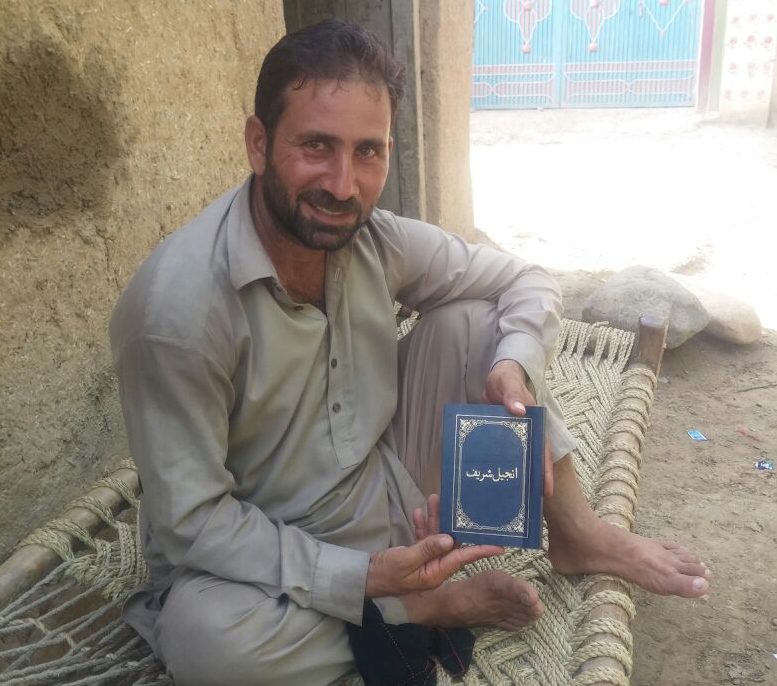 FMI has lost contact with several partners in Afghanistan since the Taliban takeover.

Nehemiah talks about one man named Abdar, who became a Christian with his whole family while in Pakistan. “He was with us for the last few months. He is from Afghanistan, studying in Pakistan, and he said last month that he was going to Afghanistan for evangelism purposes. And it’s been more than a week since we have been unable to hear from him. We have lost contact.”

The Taliban’s conquest of Afghanistan puts Afghan Christians in great danger. Nehemiah says it’s a small community, and many of them converted to Christianity from Islam. “The number of Christians in the country is thought to be below 30,000, perhaps as low as 1,000. Because most Christians in Afghanistan are underground.”

Afghanistan has very little in the way of an organized church. There is a small Catholic church located in the Italian embassy in Kabul, but Nehemiah says that has been shut down.

Historically, Afghan Christians have belonged to the sprawling Church of the East, once the largest Christian communion in the world. Read more about this church here.

Despite these low numbers, the Taliban is keeping a close eye on Christians, even sending them letters warning them not to meet. Nehemiah says, “One man received a letter saying his house now belongs to the Taliban. He’s a simple man who makes crafts, and his entire savings are in his house. The Taliban will take the property and the assets of Christians.”

Pray for the safety of Christian women in Afghanistan, as the Taliban may seek to kidnap them as well. Nehemiah says, “Christians in Afghanistan will be bracing themselves. Will they be forced to convert back to Islam? Will they be killed if they refuse?”

‘Pray 4’ our family left behind in Afghanistan

Psalm 19.7
The law of the Lord is perfect, converting the soul: the testimony of the Lord is sure, making wise the simple..
King James Version 1611, American Edition