Home News and Articles Study: Religion soothed US evangelicals at start of COVID. Politics put them... Religion provided great comfort to evangelical Christians in the US in the early days of the COVID-19 pandemic. But according to a study in the Journal for the Scientific Study of Religion, their politics made them less likely to see the virus as a threat.

Researchers Landon Schnabel of Cornell University and Scott Schieman of the University of Toronto looked at data from March, 2020, soon after the World Health Organization declared the COVID-19 coronavirus to be a global pandemic. Using the Pew Research Center’s American Trends Panel, researchers surveyed more than 11,000 Americans online, asking a series of questions about their mental health as well as their views on the response to the pandemic. 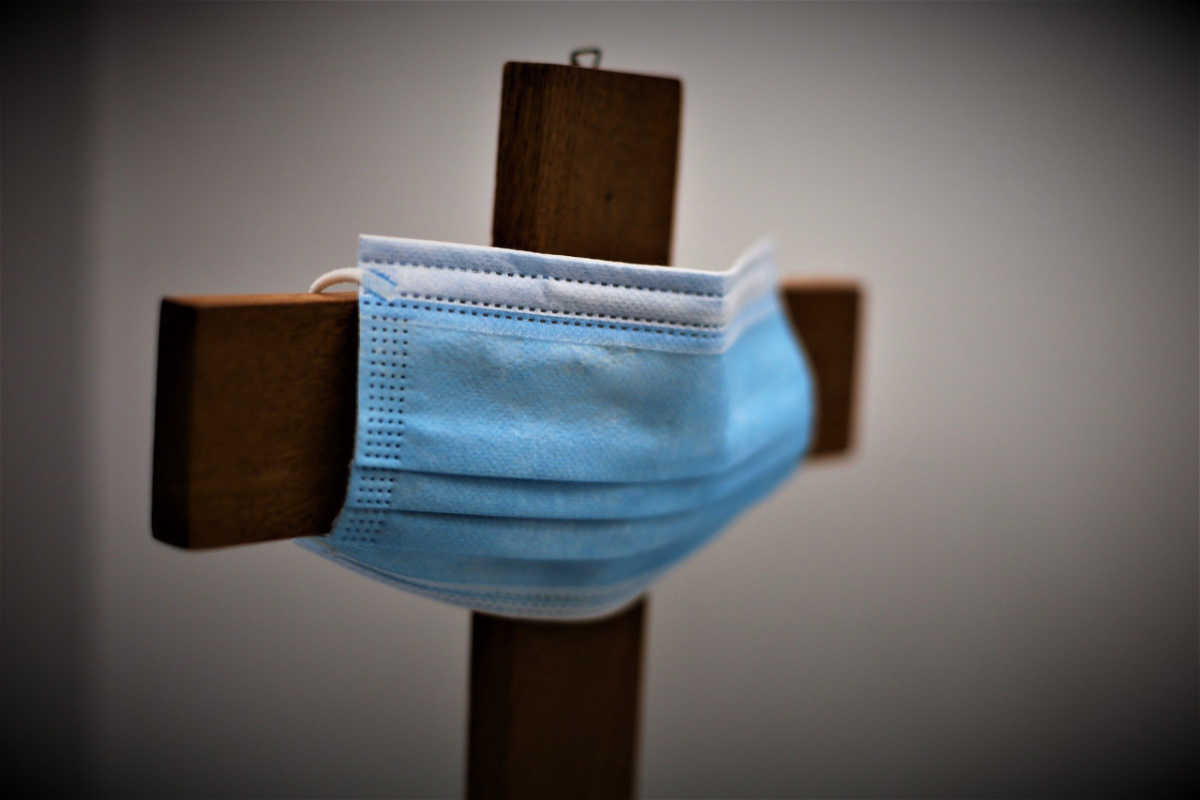 Respondents were asked if they felt anxious or depressed, had trouble sleeping or were lonely, among other questions. They were also asked how they felt about how government officials and people in their community handled the pandemic on a scale from “overreacting to the outbreak” to “not taking the pandemic seriously enough.”

The survey also asked about religious affiliation and participation in religious services.

The study also found evangelicals were less likely to adhere to COVID-19 restrictions.

Schnabel said that in the case of COVID-19, religion operated as a double-edge sword: Gathering together for worship services helped people cope with the stress of the pandemic, but gathering together also put people’s health at risk by helping allow COVID-19 to spread.

Politics also played a key role in how evangelical Christians responded to the virus, even in the early days of COVID-19. Researchers found political affiliation mattered more than religion. They also found that politics helped determine how much distress Americans felt. When they controlled for political affiliation, evangelicals felt the same amount of distress as other religious groups.

Recent data from the Pew Research Center shows that evangelical Christians’ views of the pandemic continue to differ widely from the views of other Americans. Less than half (40 per cent) of white evangelicals say that the public health benefits of COVID-19 restrictions have been worth the cost, according to Pew data. By contrast, 74 per cent of Black Protestants, 63 per cent of Catholics – including 70 per cent of Hispanic Catholics — and 72 per cent of unaffiliated Americans say the restrictions are worth the cost.

Overall, the survey reported that 62 per cent of Americans say restrictions were worth the cost.

A study of Pennsylvania officials also found differences between how people of different faiths responded to COVID-19. The study, Religion at the Frontline, was published in Sociology of Religion and looked at initial responses from local government officials in charge of implementing public health responses to COVID.

Researchers lucked out in doing the study, said Gary Adler, an associate professor of sociology at Penn State.

They already had a study in the field that collected data about the religious affiliation of local officials in Pennsylvania (except for Philadelphia, due to privacy concerns) in the spring of 2020. When COVID-19 hit, researchers were able to go back with additional questions.

The study found that many of those officials followed health restrictions, including social distancing (72 per cent) and mask-wearing (57 per cent), and few were in a rush to reopen public meeting places. Only 18 per cent, for example, supported immediately reopening churches in the early days of the pandemic.

“We find that religious attendance doesn’t really influence these things — so that is one finding,” he said. “The second finding was that across everything we looked at, religious nationalism did matter.”

Adler said local officials who expressed support for religious nationalism were less likely to wear masks or to want to delay reopening schools and other institutions.

Overall, however, Adler said he and other researchers came away impressed by the role that local officials played in the early days of the pandemic. Despite having limited information and mixed signals on how to respond – and dealing with a polarised public – many did their best to protect public health.

“One of the points we make is that local public health officials might have done better than people thought,” he said. “And local responses really matter.”